Don’t Believe The Annoying Popups. You CAN stay on Magento 1

“Your Version of Magento Open Source Sunsets in 2020.”

“Your version of Open Source 1 is sunsetting. Migration assistance available.”

“Support for your free version of Magento ends in 2020. It’s time to migrate to M2 with funding assistance available. “

If you’re an e-commerce merchant on Magento 1, you’ve probably seen some variation of these scary messages in your admin control panel and maybe lost a little bit of sleep over the past few months ever since Magento announced their June 2020 End of Life for Magento 1. Fear not what this message actually means to most merchants isn’t clear and it’s made even more confusing by all the official Magento partners that want to sell you a 5 to 6 figure migration to Magento 2 as well as the fact that Magento, Inc wants to use this as an opportunity to sell you a Magento Cloud license.

At this point, you may or may not have already got a quote on how much your Magento 1 to Magento 2 migration is going to cost and you’re losing sleep over how you don’t have the budget for a major forced migration. Sadly, if you’re on the Enterprise (paid) version you *have* to be off Magento 1 by June 2020 because you’re paying to use their software and your license will expire then after which you’ll be in violation of your software license and they can sue you for using their software without a license.

If you’re on the Magento Community Edition, as hundreds of thousands of merchants still are, you have another option. You might be wondering what will happen if you don’t do anything before June 2020…

Your store won’t shut off and when you log in to your admin, you won’t see anything different (except for Magento will probably send you 10 more annoying popups that “support” has expired). The reason for this is that Magento CE is open source. Magento explains what this means on their own website:

“You may download, modify, use, and distribute the open source Software. You can be assured that Magento will continue to thrive because all contributions made to the software by you and others must be made available under the same OSL 3.0 license.” (https://magento.com/legal/licensing)

What does that mean exactly?

That means that you have a right to use and modify Magento CE however long you want and the only thing changing after June 2020 is that Magento, Inc, who hasn’t been releasing new feature versions of Magento 1 for over 2 years, ever since they released Magento 2, will not regularly be releasing security patches (the infamous SUPEE patches). If you’re a conscientious merchant that always patches their store then hearing that Magento won’t release security patches scares you. You might be wondering if Magento won’t release security patches at all then who will?
Answer: The same people that have actually been reporting and fixing the majority of the code in those patches that Magento has been releasing: The open source community.

Hearing that now you might be a little freaked out that random developers from all over the world are going to be patching your software through “open source”. But if you look at one of the recent patches in the “reporter” section, you’ll notice the majority of them are Twitter or GitHub handles. These are not Magento employees. These are independent developers. Not to mention the fact that you’re already using many open source products in your eCommerce store. All the servers that Magento 1, Magento 2 and most other major e-commerce platforms like Amazon, Shopify as well as 96.5% of the top 1 million websites run on Linux, an open-source operating system made up of thousands of individual pieces of open source software. 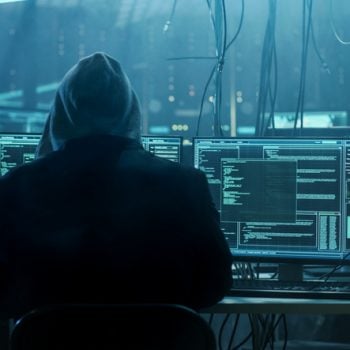